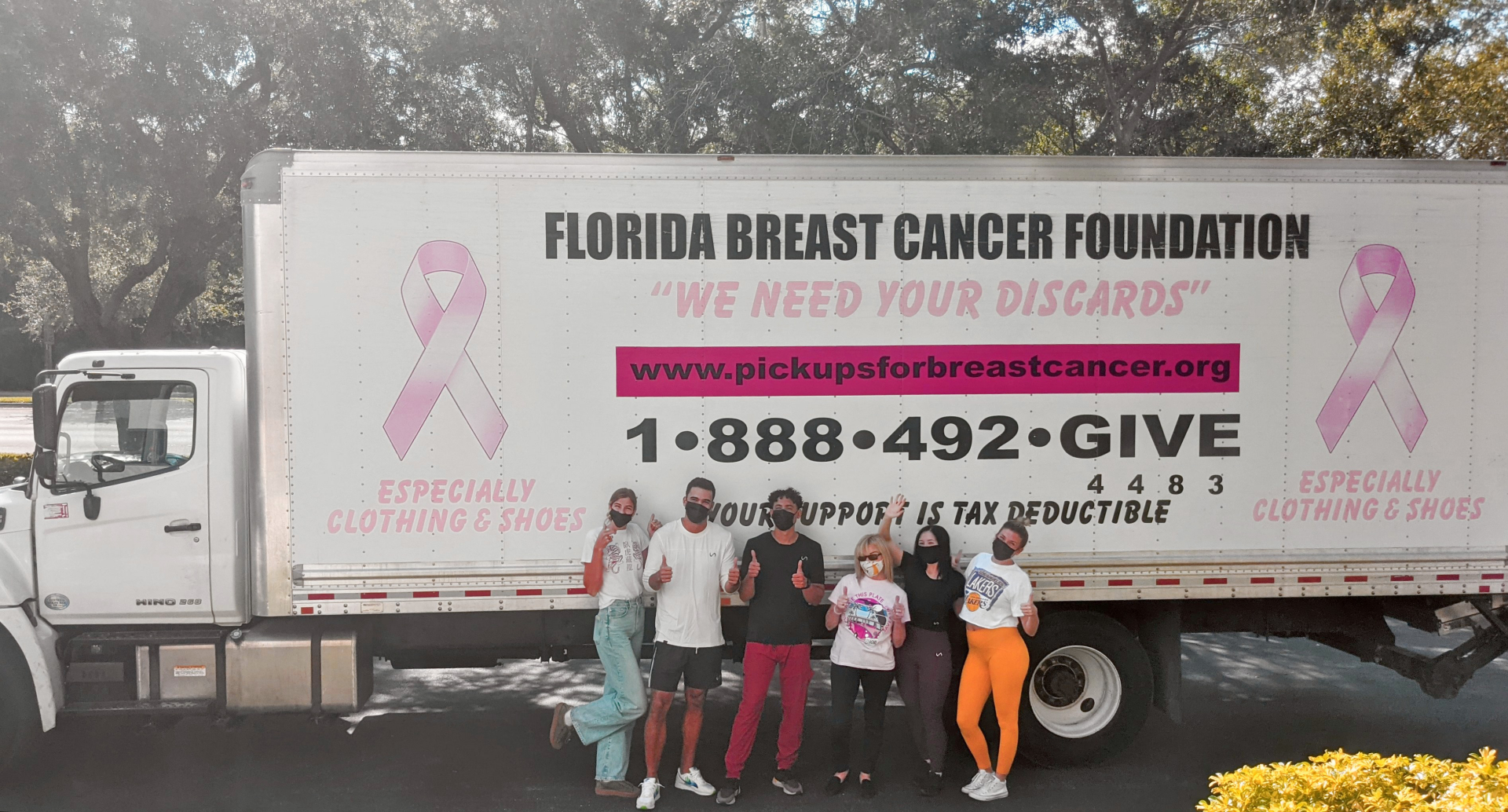 The Florida Breast Cancer Foundation (FBCF) thanks TLF (Take Life Further) Apparel for donating over 2,900 pieces of new clothing that TLF values at over $120,000 to our thrift store partner, Pickups for Breast Cancer. It was all hands on deck at their pickup day held in May at their global headquarters in Fort Lauderdale, and Director of the Southeast Region, Carol Margolis, was thrilled to be part of it. Following the company's credo to ‘Take Life Further’, TLF employees also banded together to bring in an additional 300 pounds of gently used clothing and shoes for the donation.

The Florida Breast Cancer Foundation’s mission hits close to home for many at TLF Apparel, as several employees have had their lives impacted by loved ones with breast cancer. According to TLF Apparel, this, along with an excellent Charity Navigator score, made FBCF a clear choice for the donation.

TLF Apparel® was established in 2012 by Chris Ferguson, former founder of BSN® supplements. After selling BSN®, Ferguson shifted his focus into developing TLF® into the world’s most premium athletic and lifestyle brand. According to TLF Apparel, Ferguson’s credo, “It’s our never-ending pledge to motivate you, push you beyond your comfort zone, and past your known limits to inspire you to TAKE LIFE FURTHER and REDEFINE IMPOSSIBLE.” We are proud to work with companies like TLF Apparel who not only find it important to support the community they live in, but also inspire and encourage people to live a healthy lifestyle.

We also thank Janet Layug, a TLF athlete and Ms Bikini Olympia winner, who spoke about her support for the donation and how she is grateful to be part of a team that cares about the community. As a registered nurse and Florida resident, she's seen many lives impacted by breast cancer and encourages others to take action to help those affected.

Thank you to Mr. Ferguson, Ms. Layug, and the hardworking staff at TLF Apparel for their contributions in the fight against breast cancer.

Our special thanks to their team for creating the video of pickup day.